Igul (イグル) is the twin brother of Alex Kidd and regent ruler of Radaxian. He is the protagonist in the prequel title Pit Pot and a supporting character in Alex Kidd in Miracle World.

Igul ventured into the Pit Pot Castle to rescue Princess Lora from the Sorcerer after picking up the hammer which the sorcerer accidentally dropped. After rescuing her, the two would become engaged and set up their marriage.

After the disappearance of his father King Thunder, Igul assumed leadership of Radaxian, though only for a short time. Soon afterwards, Janken the Great would ravage the land and imprison him in the Radaxian Castle. He would be later be freed by Alex during his pursuit of Janken's minions.

After Janken's final defeat by Alex, Igul would be re-instated as the kingdom's ruler as regent until the return of King Thunder, finally marrying with Princess Lora. Igul later sends Alex to planet Janbarik, upon hearing that King Thunder may in fact be there. 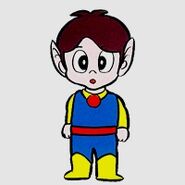 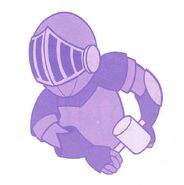 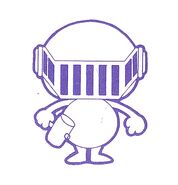 Pit Pot
Add a photo to this gallery
Retrieved from "https://alex-kidd.fandom.com/wiki/Igul?oldid=5035"
Community content is available under CC-BY-SA unless otherwise noted.